Mineral Wells, the Texas town that once was a world-famous spa resort destination thanks to its “healing waters”, is looking to spring back and make a splash with the historic Baker Hotel restoration.

The iconic 14-story hotel, which hosted the likes of Clark Gable, Glenn Miller, and Judy Garland in its heyday, has been more the providence of ghost stories since shutting its doors in 1972, but the $65 million The Baker Hotel and Spa project, slated to be finished in 2024, has Mineral Wells feeling revitalized.

“There is so much we want to accomplish downtown before The Baker opens, so that’s kind of been the setup for everything,” Myndi Muncy, Mineral Wells Main Street manager told the Weatherford Democrat.

Mineral Wells, a city of just over 15,000 located 51 miles west of Fort Worth, is hoping to become not just a tourist location, but a resort destination once again with The Baker reopening.

“The goal for downtown is much bigger than just turning it into a tourist destination because I don’t think that’s anyone’s agenda or what they want,” Muncy said. “We want tourists to come and enjoy the town, but we also want to benefit the community — we want it to be the community thriving from the growth of the town.”

Mineral Wells Was All About the Waters

Mineral Wells traces its roots to 1877 when James Alvis Lynch and his family moved with 50 head of livestock from Denison, Texas, in hopes of finding a drier climate and escape malaria.

Settling in a valley among the Palo Pinto County hills, Lynch and his wife Armanda, both of whom suffered from rheumatism, found they both felt better after drinking water from a local well.

Word spread of the “healing waters” and the town of Mineral Wells was established in 1881 with James Lynch as the first mayor.

Bathhouses, drinking pavilions and spas soon followed and visitors came from around the world to partake in the Texas waters.

In the 1910s and 1920s Mineral Wells played host to spring training for such Major League Baseball clubs as the Chicago White Sox, Cincinnati Reds, and the St. Louis Cardinals.

It was against this backdrop that The Baker opened in 1929, just two weeks after the stock market crashed.

The Baker and Mineral Wells Weather the Great Depression

Despite the timing of its opening, The Baker, and Mineral Wells, weathered the Great Depression as the opulent hotel became a destination for the rich and famous with everybody from The Stooges to Bonnie and Clyde stopping by.

The Baker Hotel “wow factor” included many amenities we take for granted in hotels today including being one of first air-conditioned hotels in Texas and the first Texas hotel with an Olympic sized pool along with automatic light controls.

The hotel was built by Theodore Brasher Baker, who was responsible for the Baker Hotel in Dallas and Hotel Texas in Fort Worth, and designed by Wyatt C. Hedrick after the famed Arlington Hotel in Hot Springs, Arkansas.

By the 1940s the popularity of spas built around mineral water waned, but the town was boosted by the nearby Fort Wolters military base.

Despite the closing of the base after World War II, The Baker and Mineral Wells still played host to political conventions from both sides of the aisle, but by 1963 it closed its doors for the first time, and later was shuttered for good in 1972.

While The Baker Hotel and Spa restoration will not be complete for another three years, Mineral Wells is still worth a fun 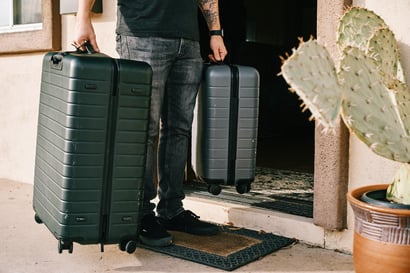 day trip. Be sure to check out: