Photo Courtesy of the Texas Ranger Hall of Fame & Music

The Historical Importance of the Texas Rangers 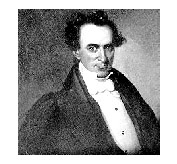 The earliest settlers came to Texas in 1821 when Stephen F. Austin agreed to bring 300 people to the area, which was then a Spanish province. Within the next two years, between 600 and 700 people lived in the future state. However, this far out on the frontier, they could not count on the protection of the U.S. Army. Austin brought together citizens of the area to create an organization to protect ranchers and settlers. They were first referred to as the Rangers in 1823. The name came from their duty to range throughout the entire area, offering protection.

Early duties included protecting against attacks from local Native American populations. The first corps included 25 men along the frontier between the Trinity and Brazos Rivers, 25 between the Brazos and the Colorado and 10 on the east side of the Trinity River.

As the frontier developed, the Rangers' duties developed with it. When Texas joined the Confederacy, a battalion known as Terry's Texas Rangers contributed to the Confederacy's fighting force.

Texas was readmitted to the Union in 1870, and the role of the Texas Rangers was soon updated. While the organization had previously been primarily a military-like organization, the Rangers were designated as peace officers in 1874.

During this era, the Rangers had a hybrid role. They would act as a military-like force when protecting against outside enemies such as Mexican or Indian soldiers. However, when dealing with train robbers, cattle rustlers and other criminals, they acted as investigators and police officers. Their statewide jurisdiction allowed them to pursue criminals across city and county borders, aiding their effectiveness.

On August 10, 1935, the Texas Legislature voted to create the Texas Department of Public Safety, putting the Texas Rangers under the purview of this new agency. The Rangers were granted statewide jurisdiction along with the Texas Highway Patrol. The modern incarnation of the Texas Rangers began operation on September 1 of that year.

Photo Courtesy of the Texas Department of Public Safety

Now, the Rangers is made up of 222 full-time employees. This includes 162 commissioned Rangers who work alongside 60 support personnel. They are the Texas Department of Public Safety's primary criminal investigation branch.

In 2015 alone, the Texas Rangers took part in over 3,200 investigations. These resulted in nearly 1,600 felony arrests and the recovery of over $1 million in stolen property and seized contraband worth over $315,000.

Interested in becoming a Texas Ranger? Find out more here. 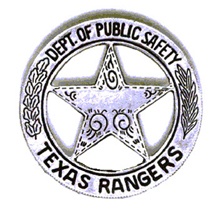 They take over investigations that are considered too large to be handled by local police departments and play a key role in border security. While the frontier era is long past, the Texas Rangers are key in supporting law and order in the largest of the continental states.

There's even a Texas Ranger Hall of Fame and Museum in Waco, Texas. It serves as a state designated archive relating to all things Texas Rangers. More than three million people have visited this historical site since they first opened the doors in 1968.